BETHEL, CT — The Stony Hill Four Corners, a Bethel and Newtown business association, is hosting their annual AMBER Alert registration on Sunday, May 19, 2019 at the Haleyville Fire House, 34 Hawleyville Rd., Newtown. Parents and caregivers are encouraged to come out to this safety event which is sponsored by Stony Hill Four Corners, Quality Gem and Union Savings Bank.

Parents who register their child will receive one free laminated I.D. card per child. Additional cards are available. Free hot dogs and soda will be served and children are welcome to tour the firehouse and see the fire trucks up close.

The AMBER Alert began in 1996 and was named after 9-year-old Amber Hagerman, a child who went missing while riding her bicycle in Arlington, Texas, and then brutally murdered. “Dallas-Fort Worth broadcasters teamed with local police to develop an early warning system to help find abducted children. AMBER stands for America’s Missing: Broadcast Emergency Response and was created as a legacy to 9-year-old Amber Hagerman. Other states and communities soon set up their own AMBER plans as the idea was adopted across the nation,” the website states.

Today, the AMBER Alert system is being used in all 50 states, the District of Columbia, Indian country, Puerto Rico, the U.S. Virgin Islands, and 27 other countries, according to the agency’s website. As of April 2019, a total of 957 children were successfully recovered through the AMBER Alert system.

The Stony Hill Four Corners Association encompasses the “corridor” between exits 8 and 9 off Interstate 84; specifically Stony Hill Road in Bethel, and Rte 6 (Mount Pleasant), Rte 25 section of Hawleyville in Newtown.  Our purpose is to develop a greater awareness of our businesses in the area and what we have to offer, while creating ways for us – as a group – to give back to the local community.  We meet the first Wednesday of each month to plan several events a year that benefit community organizations. As a business member of the Stony Hill Four Corners, your business will be listed on the Stony Hill Four Corners website as well as in our color brochure that is distributed at various events throughout the area and year. Our members are also encouraged to display the brochures at their place of business. 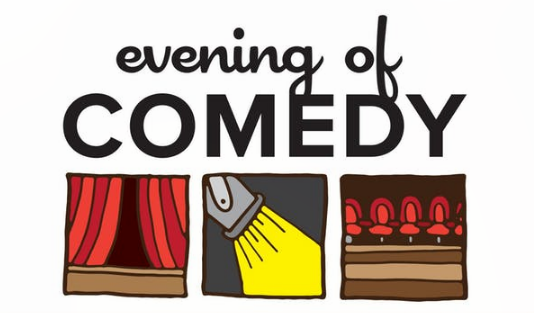 NEWTOWN, CT — the Newtown Education Foundation recently announce d anew date for their night of comedy which was originally scheduled for January 19th. The first date was postponed due to the weather and the new date is set for Friday, March 1st.

The evening of laughter and fun will take place at the Edmond Town Hall on Main Street in Newtown. The event features comedian Alexandria McHale and friends. The event takes place on Friday, March 1 from 8:30 PM – 10:00 PM.

Tickets can be purchased on Eventbrite and all tickets include free wine, beer, and dessert.  Edmond Town Hall doors will open at 7:30 PM for general seating. The show starts at 8:30 PM.

The pre-show VIP party begins at 6:30 PM in the Alexandria Room, upstairs at the Edmond Town Hall, and includes premier seating for the show. Enjoy a beautiful dinner prepared by Sal E Pepe Restaurant of Newtown that includes wine, beer, and soda.

NEWTOWN, CT —Yvonne Cech, current Library Director of the Brookfield Library and former Library Media Specialist of Sandy Hook Elementary School, is one of two Librarians who were chosen as the recipients of the 2018 Lemony Snicket Prize for Noble Librarians Faced with Adversity, according to Cheryl Malden, Program Officer with the American Library Association.

Diana Haneski, Library Media Specialist at the Marjory Stoneman Douglas High School in Parkland, FL, along with Cech will both be presented with a cash prize an award at the American Library Association (ALA) Annual Conference & Exhibition in New Orleans, LA., Malden said in a statement.

The ALA explains the origins of the Lemony Snicket Prize for Noble Librarians Faced With Adversity in the following manner: “It is of the opinion of Lemony Snicket, author, reader, and alleged malcontent, that librarians have suffered enough. Therefore he is establishing an annual prize honoring a librarian who has faced adversity with integrity and dignity intact. The prize will be a generous amount of cash from Mr. Snicket’s disreputable gains, along with an odd, symbolic object from his private stash, and a certificate, which may or may not be suitable for framing. It is Mr. Snicket’s hope, and the ALA’s, that the Snicket Prize will remind readers everywhere of the joyous importance of librarians and the trouble that is all too frequently unleashed upon them.”

The adversity Cech met was on that horrific December day five years ago, on December 14, 2012, when a lone gunman shot his way through the doors of Sandy Hook Elementary School taking the lives of 26 students and educators. According to a release, Cech saved 18 fourth grade children on that day by hiding them in a storage closet, locking the door and barricading it with book trucks and other objects until the SWAT team arrived.  Cech would not open the door until she verified the officers’ identity.

Similarly, five years later, during the shooting at Marjory Stoneman Douglas High School, Parkland, FL, Haneski shielded 50 high school students and five adults from harm in a barricaded equipment room. She also refused to open the door until she was sure that the rescuers were who they claimed to be, the statement said.

Cech is now a Librarian at the Brookfield Public Library where she, her bio says, specializes in children’s literature but also loves adult nonfiction books about history. Cech lives in Danbury, received her Master’s in Library Science from Florida State University and holds a Teaching Certification from Southern Connecticut State University, with undergrad degrees from Fashion Institute of Technology in NYC and SUNY Oswego.

The deadline for submission of applications for the 2019 Lemony Snicket Prize for Noble Librarians Faced with Adversity is February 1.  Guidelines and applications are available on the ALA website.

NEWTOWN, CT — Fruit & Cheese Blintzes, Bacon, Sausage and Spinach Frittattas, Country Farm Pancakes…. is your mouth watering yet? Looking for a great spot to take the family for Easter Brunch or Passover? Here are the top three spots in Newtown, as ranked by Trip Advisor and Yelp users.

What do you think of their picks? Tell us in the comments.

We wish you a very Happy Passover season and a Happy Easter to you and yours!

Photo Credit: The Other Dan via Flickr Creative Commons